1. What is the nature of the main sources of personality development – congenital or acquired?

2. What age period is the most important for the formation of a person?

3. What processes are dominant in the personality structure – conscious (rational) or unconscious (irrational)?

4. Whether the identity of the freedom of will is possessed, and to what extent a person exercises control over his behavior?

5. Is the personal (internal) world of a person subjective, or the inner world is objective and can be detected using objective methods?

Each psychologist adheres to certain answers to the above questions. In the science of personality, seven rather sustainable combinations of such answers, or personality theories. Secretion psychodunovic, analytical, humanistic, cognitive, behavioral, activity and dispospive personal theory. 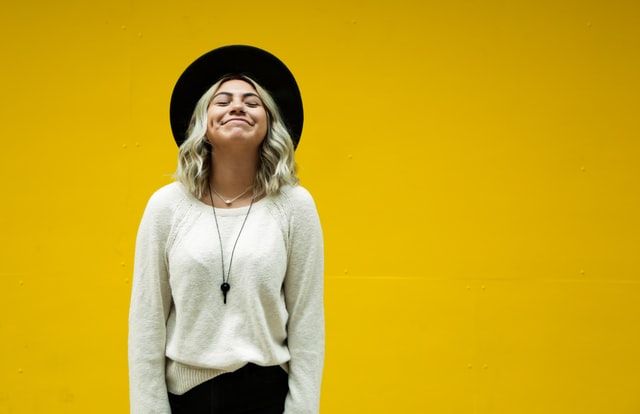 Personality as a trinity. Freud believed that the psyche consists of three layers – conscious (‘over-i’), preliminary (‘I’) and unconscious ("it ‘), in which the basic structures of the individual. In this case, the content of the unconscious according to Freud is not available to the awareness of virtually no circumstances under any conditions. The content of the preliminary layer can be conscious of a person, although it requires significant efforts. In the unconscious layer there is one of the structures of the individual – ‘it’, which is actually the energy basis of the personality. ‘It’ is the unconscious (depth instinctive, mostly sexual and aggressive motivations), plays a major role that determines the behavior and condition of a person. The ‘it’ contains congenital unconscious instincts, which seek their satisfaction, to discharge and thus determining the activities of the subject. Freud believed that there are two main congenital unconscious instinct – the instinct of life and the instinct of deaths that are in the antagonistic relations between themselves creating a basis for fundamental, biological internal conflict. The emergencyness of this conflict is not only associated with the fact that the struggle between instincts usually occurs with an unconscious layer, but also that person’s behavior is called as a rule simultaneous action of both these forces.

From the point of view of Freud, instincts are channels for which energy that forms our activities. Libido, about which Freud and his disciples himself wrote so much and is the specific energy that is associated with the instinct of life. For the energy associated with the instinct of death and aggression, Freud did not give his own name, but constantly spoke of its existence. He also believed that the content of the unconscious is constantly expanding, since those aspirations and desires that a person could not for one reason or another to implement in their activities are displaced by them in the unconscious, filling its content. The second personality structure – ‘I’ according to Freud is also congenital and is located both in the conscious layer and in the preliminary. So we can always realize to realize your ‘me’, although it can be for us and not easy. If the content ‘it’ expands, then the content of ‘me’, on the contrary, narrows, as the child is born to express Freud with the ‘Oceanic feeling, including the whole world around. Over time, he begins to realize the border between himself and the world around the world, it begins to localize his ‘I’ to my body, following the volume of ‘I’. The third personality structure is not congenital, it is formed in the process of child’s life. The mechanism of its formation is to identify with close adults of its gender, the features and qualities of which are becoming the content of ‘above-I’. In the process of identification, children are also formed.

On the verge of an internal explosion. Freud stressed that there is an unstable balance between these three person structures, since not only their content, but also the directions of their development are opposite to each other. The instincts contained in "it" seek to their satisfaction, dictating a person such desires that practically do not fulfill in any society. ‘Over-I’, in the content of which conscience enters, self-surveillance and human ideals, warns it about the impossibility of the implementation of these desires and is on guarding the compliance of the rules adopted in this society. Thus, ‘I’ becomes as if the steering of contradictory trends that are dictated by ‘it’ and ‘above-I’. This state of the internal conflict, in which a person is constantly being, makes it a potential neurotic. Therefore, Freud constantly emphasized that there is no clear face between the norm and pathology and the constant voltage tested by people makes them potential neurotes. The ability to maintain its mental health depends on the mechanisms of psychological protection that help a person if not prevented (as it is in fact possible), then at least to soften the conflict between ‘it’ and ‘above-I’.

Although not all aspects of Freud’s theory received scientific recognition, and many of its provisions today seem to be more stories than modern psychological science, it is impossible not to recognize that his ideas affected the development of world culture, not only psychology, but also art, medicine, Sociology. Freud opened a whole world that lies outside of our consciousness and in this his huge merit to humanity. Without exaggeration, it can be said that the Austrian psychologist and psychiatrist Sigmund Freud is one of those scientists who largely influenced the continued development of modern psychology, and maybe sent it to a certain way of development.

The role-playing theory of personality is an approach to consideration by the personality of a person, according to which the personality is described with the help of accepted and accepted or forcedly executable social functions and samples of behavior – roles that arise from its social status in this society or the social group. The main provisions of the theory of social roles were formulated by the American social psychologist J. Foreign Ministry, anthropologist. Linton. The first focused on the mechanisms to "learn roles", mastering roles during interpersonal communication (interaction), emphasizing the stimulating impact of "role expectations" from the persons meaningful for the individual with whom it comes into communication. The second drew particular attention to the socio-cultural nature of role regulations and their connection with the social position of the individual, as well as the appointment of social and group sanctions. As part of the role theory, such phenomena were experimentally identified as: a role conflict – the experience of the subject of ambiguity or confrontation of role-playing requirements from the position of various social communities, the member of which he is, which creates a stressful situation; Integration and disintegration of the role structure of the personality – the effect of harmony or conflict of social relations. The leading social roles arise from the social structure of society, and the roles that arise relatively arbitrarily in group interactions and suggest active social coloring of their implementation. The most convex these features of the role approach are presented in the concept of the West German sociologist. Daerendorf, considering a person as a deindividualized product of role regulations, which under certain conditions reflects the alienation of the individual. Overcoming one-sidedness of the role approach to the study of personality involves the analysis of its properties. The role is most often understood as a social function, a way of behavior, objectively asked by the social position of the person in public or interpersonal relations. The role of the role must comply with the accepted social standards and expectations of the surrounding people, regardless of individual identity features.