When Stephen Carpman brought Erik Bern with his scheme "Dramatic triangle", Eric Bern immediately renamed him to "Triangle Karpman". And he added: "People will quote you more than two hundred years, so from the very beginning I write everything right".

Karpman himself notes with surprise that his triangle now lives his life and he is proud, but at the same time is puzzled by how different roles from this triangle are interpreted. The topic of the dramatic triangle of the carpman is widely considered in blog articles, especially a lot of information about the processes that occur along the axis "Victim" – "Pursuer", (in some translations "Aggressor") but the role features "Rescuer" attention is paid much less.

In this article, I would like to analyze, what this role is so attractive and what we lose when in it "stuck" And why can’t you get out.

What is special "Rescuer"? Compared to other triangle roles – role "Pursuer" and role "Victims", role "Rescuer" Looks as if very attractive. First, she is socially approved. Secondly, it makes it possible to increase your own self-esteem, feel significant and even to be "above" others – those who need help.

Why in this role is hard to be? Man who is in the role "Rescuer" In someone’s life to help, however, it often happens that he does not know exactly how to help, or his own view of the rescue than "Victims", which he helps. Also "Rescuer" can help if it is not asked about it ("cause good"). Often "Rescuers" take on most of the work than others, or most of the responsibility. Therefore, consequence of activity "Rescuer" is either a feeling that it was used or insult "ungrateful victims". And that is why rescuers so often "burn out".

How we get to the role "Rescuer"?

For example, in dysfunctional families, where one of the parents is "Pursuer", And the second parent is "Sacrifice", Children are very often joined by the senses of the victim, even if the aggressor (pursuer) does not touch them. For example, dad in the family is "Pursuer" (beats the mother), while children does not touch, that is, it is formally for them, he does not act as aggressor. Nevertheless, children will emotionally "for mom", and in early childhood they will try to help his mother will not only cope with her emotions, but also to protect it literally, sometimes physically. At these moments, the child is as if he takes responsibility for the emotional comfort of the parent, and sometimes for his "life". And as a rule, continues to drag this responsibility for many years, and not only in the form of "Rescue" Moms, No "On the way" Saving other people.

2. Finding into a triangle through another role, for example "Pursuer".

An example of their practice: while playing with peers, the child accidentally pushed his classmate, who fell and, having hit his head, got a concussion of the brain. Teachers and parents accused the child in a cruel act, explained that he caused irreparable harm to the health of a classmate. In fact, they accused him that he aggressor. At that moment, still being very small, the child decided to never allow someone’s situations where his actions would be bad, in fact, it was a refusal of role "Agressora". Together with this, to compensate for the feeling of guilt, the client decided to help those who "became a victim of circumstances", turning "Rescue" in his profession.

3. Finding into a triangle through another role, for example "Victims".

On role "Victims", As a rule, in early childhood, when the parent exhibits physical or verbal aggression. Being in the victim’s state is so hard for the child (and for any adult) that he at some point makes a decision never to be a victim, but how to do it, he does not always know. If there is no real defender (rescuer) next to the child, he invents him himself. Sometimes you can see that the children are asked to buy them a huge dog, or simply in the imagination paint a friend who is very strong and can "Win everyone". If the child has a significant adult who defended him, then this role is idealized by a child, and he decides to become the same "Strong and fearless". That is, unconsciously, the child makes a decision to help the same victims, which once he was. Then he creates an illusion "If you are a victim and I helped you, then I am stronger, then I am not a victim".

How does this happen?

Such feelings as weakness, helplessness and vulnerability are associated with "Rescuer" with the feelings of the victim and therefore "Rescuer" I am trying any ways to avoid these feelings, and if suddenly these feelings appear (and they appear) disguise them and not to show.

Simultaneously "Rescuer" Also afraid to show feelings peculiar "Pursuer / aggressor" – Anger, hatred, anger. Although anger is a normal human response to disturbing boundaries, on the aggression of others, for depreciation and t.D.

So the rescuer is trying "separate" from ourselves and feelings peculiar "Sacrifice" and feelings peculiar "Aggressor". Thus "Rescuer" deprives himself a wide range of feelings arising from natural protection, as well as various spontaneous reactions to stress and failures. The inability to recognize all these feelings and demonstrate them deprives "Rescuer" Supports of other people. He cannot get it, because he does not show it (hides) its weakness, vulnerability and its need for another person near. That is why the rescuers themselves remain without support when it really is necessary for them.

The inner reality of the rescuer does not fit with the external. In objective reality "Rescuer" still moves through all the other triangle roles, but either not aware of it, or uses various protection – denies or displaces.

How to get out of the rescue role?

The role itself "Rescuer" Sufficient energy consumption. And many "Rescuers" complain that they are already tired of this role, but they can not say goodbye to it

To get out of it, you need to see exactly the hidden motive that "Forces" continue to hold on this role.

Stephen Karpman, describing the mechanism of action "His" The triangle has always emphasized that a person falling into a triangle "Forced" lose all three roles – and "Victims" and "Persecutor (aggressor)" and "Rescuer".

The hardest psychological state of roles in this triangle – "Victims", Therefore, n "Aggressor", n "Rescuer" don’t want to return to this role never. And everyone chooses their own protection.

How it is manifested in therapy? 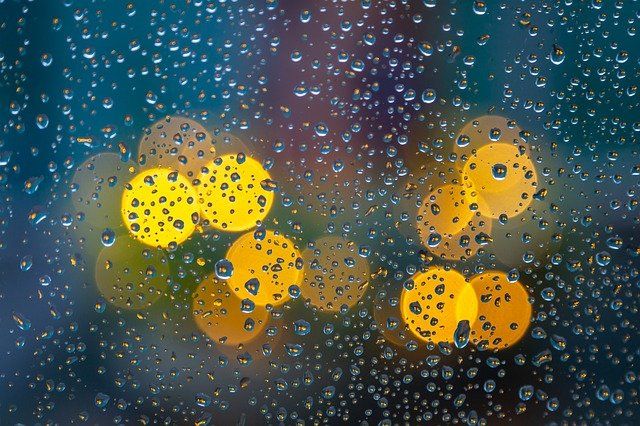 Where to look for a way out ?

Due to the fact that "Rescuer" Focus on feelings "Victims" And at the same time, it myself ignores his own feelings (see. above) it often does not recognize his own needs.

In this, there is a key, it is here that you need to look for an output – focus on your own feelings and needs, study them and allow themselves to manifest as a person who returns to themselves "be yourself".

Below I give an essay written by one of "Rescuers", which came to this point from the role "Victims"

When I was very small, I could not protect myself. Not skillful.

I did not work out to fight, hit or raise my voice.

I felt impotence and insult. I really wanted me to have a defender who would guard me from all my offenders.

And I got used to this thought: I do not know how and I can not defend myself, I need to wait for help from someone.

What I myself, I love to save and defend people who are near. Many of them do not ask me about it at all.

I seem to play such a famous game for me – defending and helping someone, I have hope that someone will come in response and protect me.

Such is the exchange. Probably, being a very small child, I thought it honestly. Honestly to the world and to people, and, most importantly, fairly. After all, if you protect the weaker, then the universe will send you someone who can protect you when you need it very much.

Many years have passed since … I’m still trying "to rescue" Someone nearby, dragged the debt refund.

Only puzzle does not converge. I can’t protect "Others" from their own problems, and no one can save me from mine.

Filved in distant childhood rule does not work.

Perhaps it saved me then, many years ago, because he gave hope, and, moreover, he learned empathy and sensitivity to the difficulties of others, but. It never gave me the main thing: feelings of security and stability.

The courage to admit that only I can do it all for myself.

The courage to accept that I have already grown and try learning to defend yourself.

The courage to believe that I will succeed.

Life, sometimes, really presents to us surprises, and sometimes they are not in secret knowledge and skills, but only in the fact that in their own life can be able to change the rules of the game, canceling old, and for this you just need to take a fresh look at usual things.